The Garrison and MW Companies was formed to develop multi-family and mixed use developments in multiple states in the Mountain and Plains State regions, but we are now looking for opportunities all over the continental United States to build for our investor clients. Garrison Management Company is a real estate property management company created to manage the affordable and market rate rental housing properties owned by affiliates of MW and Garrison. Garrison Hassenflu is the founder and has been the sole shareholder and officer of all the development, management and operating general partner entities. 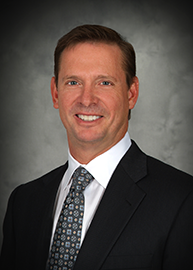 Garrison “Gary” Hassenflu has over twenty five years of commercial real estate brokerage and development experience in areas throughout the Midwest and Mountain States and has personally developed over $140,000,000 in assets in these areas. Before entering the real estate business, he was an accountant with Arthur Young Company, Kansas City, from 1983-late 1984, where Mr. Hassenflu was responsible for preparing tax returns for various individuals, partnerships and corporations.

From November 1984 to February 1991, he was a Sales and Development Associate with the Leo Eisenberg Company, Kansas City, one of the largest developers and managers of retail developments in the country. Mr. Hassenflu was responsible for the selling, leasing, and managing of office, retail, industrial and multi-family property, as well as, property syndication and development.

From March, 1991 to November, 1997, Garrison Hassenflu served as Owner/Broker of Garrison Commercial, Prairie Village, KS, where he has acted as a broker of all types of commercial real estate, and as an independent consultant on the acquisition/rehab, site selection, tax credit application and financing of low to moderate income housing tax credit projects in Missouri, Kansas, Iowa, Nebraska, Oklahoma, Utah, Colorado,  Kentucky and Arkansas. In November, 1997, Mr. Hassenflu formed Garrison Development Company (GDC) to develop LIHTC and mixed income developments in the above areas. In April, 2001, Mr. Hassenflu formed Garrison Management Company (GMC) to manage the LIHTC communities that GDC developed. GDC and GMC operate to the present day. Mr. Hassenflu is very knowledgeable and capable in combining numerous public and private sources of funds to make an affordable project feasible.

From 1997 to the present day, Mr. Hassenflu has developed, owned, and managed over 1400 residential units in six states, represented in 18 living communities. The types of development includes affordable and market rate rental residential, commercial, and mixed use development. The construction types vary from new construction to adaptive re-uses of historic structures to acquisition/rehab. Many of Mr. Hassenflus latest developments include very challenging adaptive re-uses of warehouses and offices to residential use in second and third tier cities in the Midwest and Mountain States.